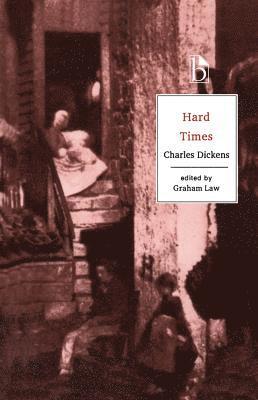 Despite the title, Dickens's portrayal of early industrial society here is less relentlessly grim than that in novels by contemporaries such as Elizabeth Gaskell or Charles Kingsley. Hard Times weaves the tale of Thomas Gradgrind, a hard-headed politician who raises his children Louisa and Tom without love, of Sissy the circus girl with love to spare who is deserted and adopted into their family, and of the honest mill worker Stephen Blackpool and the bombastic mill owner Josiah Bounderby. The key contrasts created are finally less those between wealth and poverty, or capitalists and workers, than those between the head and the heart, between "Fact"-the cold, rationalistic approach to life that Dickens associates with utilitarianism-and "Fancy"-a warmth of the imagination and of the feelings, which values individuals above ideas. Concentrated and compressed in its narrative form, Hard Times is at once a fable, a novel of ideas, and a social novel that seeks to engage directly and analytically with political issues. The central conflicts raised in the text, between government's duty not to intervene to guarantee the liberty of the subject, and between quantitative and qualitative assessments of progress, remain unresolved today in the late or post industrial stages of liberal democracies.
Läsglädje för alla, varje dag