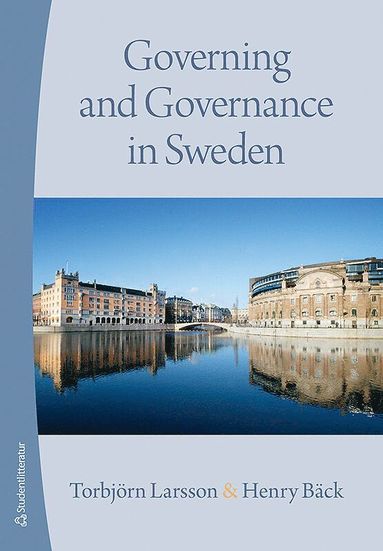 Governing and Governance in Sweden

In this book a critical assessment is made of 'the Swedish way' of democracy. A presentation of the central institutions such as Parliament, the Government, the courts and the public administration is given, as well as of the main political players such as the political parties, interest organisations and the media. An emphasis has been put on how gradual changes have shaped the political system and how many of the institutions that make the Swedish political system unique, such as the division of the central administration into departments and government agencies, the tradition of openness and transparency and the informality of the whole system, has its roots in a long historical process. Besides having a historical and critical starting point in the review of the Swedish political system, the authors also compare the Swedish system with that of other European democracies, further highlighting the more unique features of the Swedish political system. An important theme in the book is the tension between what the formal and official rules of the political system say and how the system actually works in practise. Membership of the European Union and increasing globalisation have also affected Sweden's political system and has forced it to adapt its traditional style of decision and policy making to the new world order - many things are no longer what they seem to be, as the authors conclude in the final chapter.
Läsglädje för alla, varje dag