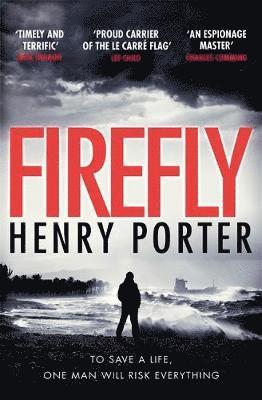 The boy could help them bring down a deadly ISIS terror cell. They just have to find him before the other side does. 'A welcome return ... Firefly is both timely and terrific' Mick Herron 'An espionage master' Charles Cumming 'British espionage fiction is the best in the world, and Porter is part of the reason why' Lee Child From the refugee camps of Greece to the mountains of Macedonia, a thirteen year old boy is making his way to Germany and safety. Codenamed 'Firefly', he holds vital intelligence: unparalleled insight into a vicious ISIS terror cell, and details of their plans. But the terrorists are hot on his trail, determined he won't live to pass on the information. When MI6 become aware of Firefly and what he knows, the race is on to find him. Paul Samson, ex-MI6 agent and now private eye, finds himself recruited to the cause. Fluent in Arabic thanks to his Lebanese heritage, Samson's job is to find Firefly, win his trust and get him to safety. A devastatingly timely thriller following the refugee trail from Syria to Europe, Firefly is a sophisticated, breathtaking race against time from the acclaimed and award-winning author of Brandenburg and The Dying Light.
Läsglädje för alla, varje dag