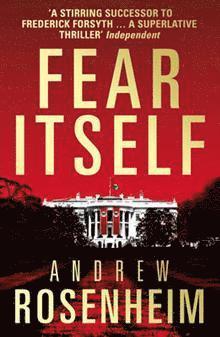 A compelling, finely-crafted, intelligent thriller set in the Second World War. It is 1940, and war is raging in Europe. With forty million citizens of German ancestry, there is great pressure within America to stay out of the fight. Elements ranging from the Nazi-sympathetic German-American Bund to the WASP-led America First movement are working feverishly to make sure America does not intervene on the side of a beleaguered Great Britain. Stephen Nessheim, a 28-year-old German-American Lutheran, is working for the still-fledgling FBI. Having grown up in a small Wisconsin town, Nessheim has attended the University of Chicago already known for its radical theories of education and Leftist sympathies. But Nessheim is conservative, befitting his small town upbringing as the son of a schoolteacher, and plays American football in college. Dealing with his own conflicts and that of his divided community, Nessheim finds himself assigned to infiltrate the Bund to seek out suspected Nazi-extremists. His investigations take him deep into the heart of Roosevelt's government. But as he moves closer to the truth, another even more sinister plot emerges which threatens the very foundations of American democracy.
Läsglädje för alla, varje dag