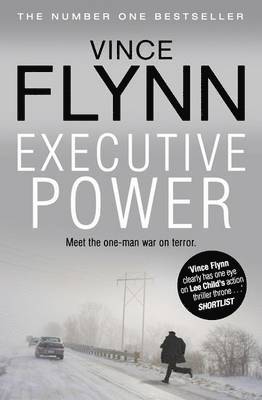 THE NEW YORK TIMES NUMBER ONE BESTSELLER Mitch Rapp's cover has been blown. After leading a team of commandoes deep into Iraq, he has been publicly hailed by the president as the single most important person in the war against terrorism. After years of working covertly behind the scenes, Rapp is now in the glare of the public spotlight, marked by every terrorist from Jakarta to London, who now know his identity. Consequently, Rapp is resigned to leaving the front line. That is, until a platoon of Navy SEALs on a covert mission to the Philippines suffers a surprise attack. All evidence concludes that the source of the mission's leak lies in the US State Department and the Philippine embassy. But a greater threat still lurks - an unknown assassin working closely with the highest powers in the Middle East bent on igniting war. Now, with the world probing into his every move, will Rapp be able to overcome this anonymous foe and once again protect the world from the threat of international terrorism? AMERICAN ASSASSIN, book one in the series, is soon to be a MAJOR MOTION PICTURE starring Dylan O'Brien (Maze Runner), Taylor Kitsch (True Detective) and Michael Keaton. Praise for the Mitch Rapp series 'Sizzles with inside information and CIA secrets' Dan Brown 'A cracking, uncompromising yarn that literally takes no prisoners' The Times 'Vince Flynn clearly has one eye on Lee Child's action thriller throne with this twist-laden story. . . instantly gripping' Shortlist 'Action-packed, in-your-face, adrenalin-pumped super-hero macho escapist fiction that does exactly what it says on the label' Irish Independent 'Mitch Rapp is a great character who always leaves the bad guys either very sorry for themselves or very dead' Guardian
Läsglädje för alla, varje dag