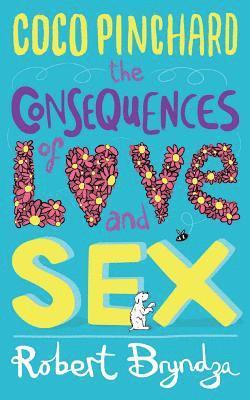 Coco Pinchard, the Consequences of Love and Sex

'I love the fact that Robert Bryndza can turn his hand to both crime thrillers and comedy! If you haven't discovered Coco Pinchard yet, then this is the perfect introduction!' Joanne Robertson, My Chestnut Reading Tree Since Coco Pinchard found first husband Daniel in bed with another woman, she hasn't just picked up the pieces: she's now a best-selling author married to her hunky soul-mate Adam. She feels stronger and wiser and surely the second time round she'll have learnt from her mistakes? But things aren't going quite according to plan... Adam has lost his job, Coco's grown-up son Rosencrantz seems to have derailed his life in spectacular fashion, and ex-mother-in-law Ethel keeps letting herself into the house thanks to an endless supply of spare keys. When literary agent Angie takes on Coco's arch rival, the indomitable Regina Battenberg, it looks as though things can't get any worse. And then Coco discovers she's pregnant; at 44. Can she really go through it all again? Sleepless nights, stretch marks on top of stretch marks, and poo as a normal topic of conversation? The third book in Robert Bryndza's bestselling Coco Pinchard series (which can also be enjoyed as a stand-alone story) is a hilarious diary with Coco's trademark wit and honesty, tracing the raging hormones and extraordinary twists that take her to motherhood for the second time.
Läsglädje för alla, varje dag