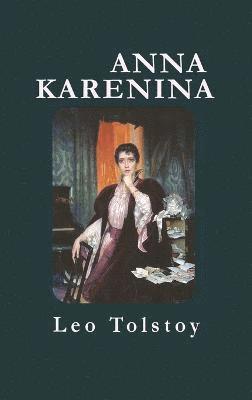 Tolstoy published Anna Karenina in serial installments from 1873 to 1877 in the periodical The Russian Messenger. Fyodor Dostoyevsky declared it "flawless as a work of art." His opinion was shared by Vladimir Nabokov, who especially admired "the flawless magic of Tolstoy's style," and by William Faulkner, who described the novel as, "the best ever written."

Tolstoy was born in Yasnaya Polyana, the family estate in the Tula region of Russia. The Tolstoys were a well-known family of old Russian nobility. He was the fourth of five children of Count Nikolai Ilyich Tolstoy, a veteran of the Patriotic War of 1812, and Countess Mariya Tolstaya (Volkonskaya). Tolstoy's parents died when he was young, so he and his siblings were brought up by relatives. In 1844, he began studying law and oriental languages at Kazan University.
Läsglädje för alla, varje dag