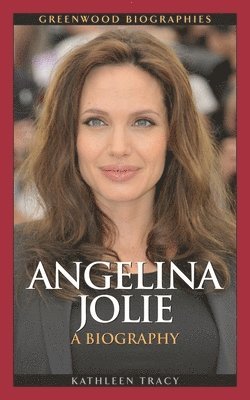 Angelina Jolie has understandably created a mystique in the eyes of the public. A rare beauty and skilled actress, she has already earned an Emmy, Golden Globe, and Academy award. Her unconventional personal life, however, has consistently drawn as much attention as her acting skills. Over the past decade, fans have watched her evolve from Hollywood's rebellious wild child - infamous for her bold tattoos and shocking two-year marriage to actor Billy-Bob Thornton - to a mother and committed human rights advocate. Together she and Brad Pitt have adopted three international children, sparking an adoption trend among other celebrities. Best known for portraying strong, edgy women in film, Jolie exudes her own strength off-screen as she gracefully balances the pressures of family life, humanitarian efforts, and a flourishing career. This detailed biography includes a chronology of significant events, illustrations, and a bibliography of print and electronic resources. Ideal for fans and general readers looking to learn more about one of today's most intriguing and sought-after celebrities.
Läsglädje för alla, varje dag