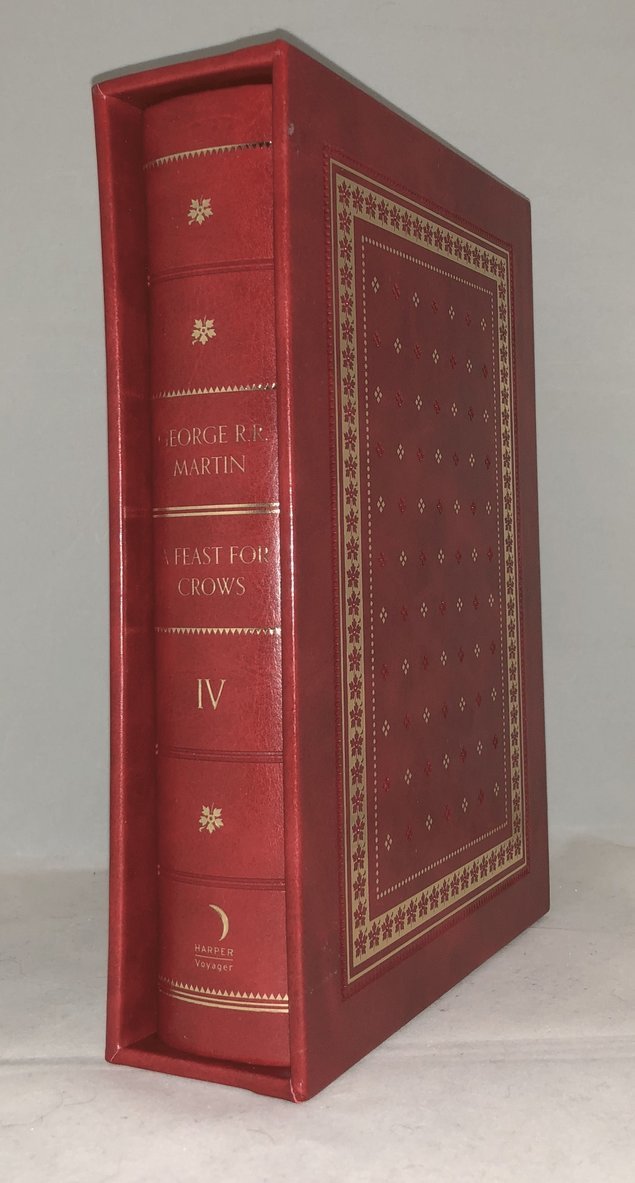 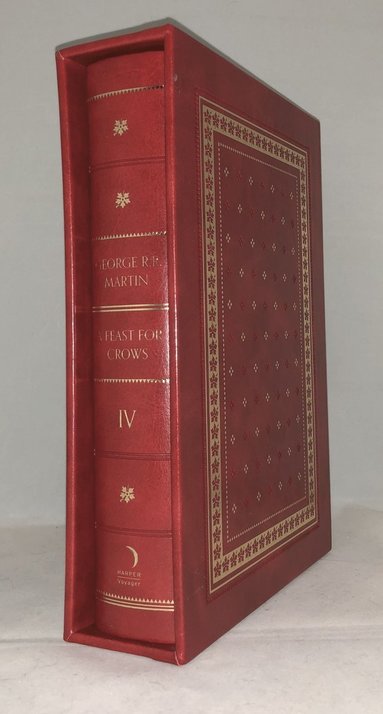 A Feast for Crows

Beautiful leather-bound slipcase editions of George R.R. Martin's landmark epic A Song of Ice and Fire, the inspiration for the world's most-watched television series, Game of Thrones. A Feast for Crows brings to life dark magic, intrigue and terrible bloodshed as the war-torn landscape of the Seven Kingdoms is threatened by destruction as vast as any in its violent past. The War of the Five Kings has ripped Westeros apart. The bloodthirsty, treacherous and cunning Lannisters occupy the Iron Throne, with allies as ruthless as themselves. Lord Frey was host at the Red Wedding, so called for the massacre of the guests, their screams unheard above the music of the feast. Euron Crow's Eye is as black a pirate as ever raised a sail, sworn to deliver the whole of Westeros to the ironborn. No less to be feared are their enemies. The Starks of Winterfell and the Martells of Dorne seek vengeance for their dead. And the last of the Targaryens, Daenerys Stormborn, will bring fire and blood to King's Landing when her young dragons reach their terrifying maturity. The last war fought with dragons was a cataclysm powerful enough to shatter the Valyrian peninsula, now a smoking, demon-haunted ruin half drowned by the sea. Against a backdrop of alchemy and murder, victory may go to the men and women possessed of the coldest steel ... and the coldest hearts. This special slipcased edition is bound in gilded and embossed red leather, with gilt-edged pages, and a sewn binding with ribbon bookmark.
Läsglädje för alla, varje dag