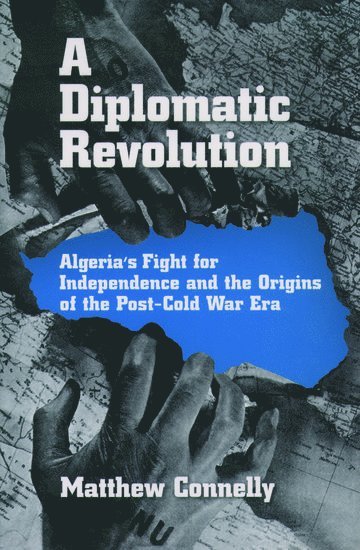 A Diplomatic Revolution: Algeria's Fight for Independence and the Origins of the Post-Cold War Era

Algeria sits at the crossroads of the Atlantic, European, Arab, and African worlds. Yet, unlike the wars in Korea and Vietnam, Algeria's fight for independence has rarely been viewed as an international conflict. Even forty years later, it is remembered as the scene of a national drama that culminated with Charles de Gaulle's decision to "grant" Algerians their independence despite assassination attempts, mutinies, and settler insurrection.
Yet, as Matthew Connelly demonstrates, the war the Algerians fought occupied a world stage, one in which the U.S. and the USSR, Israel and Egypt, Great Britain, Germany, and China all played key roles. Recognizing the futility of confronting France in a purely military struggle, the Front de Liberation Nationale instead sought to exploit the Cold War competition and regional rivalries, the spread of mass communications and emigrant communities, and the proliferation of international and non-governmental organizations. By harnessing the forces of nascent globalization they divided France internally and isolated it from the world community. And, by winning rights and recognition as Algeria's legitimate rulers without actually liberating the national territory, they rewrote the rules of international relations.
Based on research spanning three continents and including, for the first time, the rebels' own archives, this study offers a landmark reevaluation of one of the great anti-colonial struggles as well as a model of the new international history. It will appeal to historians of post-colonial studies, twentieth-century diplomacy, Europe, Africa, and the Middle East.
A Diplomatic Revolution was winner of the 2003 Stuart L. Bernath Prize of the Society for Historians of American Foreign Relations, and the Akira Iriye International History Book Award, The Foundation for Pacific Quest.
Läsglädje för alla, varje dag