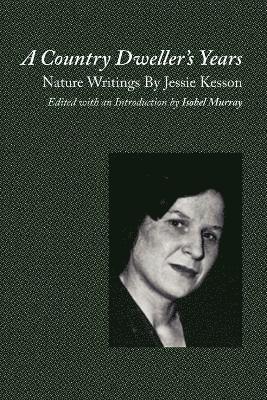 Jessie Kesson is best known for her loosely autobiographical novel The White Bird Passes, first published in 1958. It tells the story of a sensitive child in an Elgin slum, and her later banishment to an Aberdeenshire orphanage. She also published Glitter of Mica, Where the Apple Ripens and Another Time, Another Place, which was made into an award-winning film by Michael Radford. She was a writer of radio plays for the BBC for many years, and Stewart Conn has described her as 'one of the finest of for-radio writers'. She died in 1994, aged 78. Since then, Isobel Murray has edited a selection of her poems, plays and stories, Somewhere Beyond, and written a biography, Jessie Kesson: Writing Her Life. It was published in 2000, and was awarded a prize from the National Library of Scotland, as Research Book of the Year. Kesson and her husband were farm workers in North East Scotland from 1939 to 1951, and this volume contains work from this period, illustrating her abiding love of nature and immersion in the changing seasons. 'I carry climates within me', she said, and 'woods are my territory'.Her writing career was established in 1946 when she was commissioned to contribute twelve monthly articles on 'A Country Dweller's Year' for The Scots Magazine: 'I'm a real writer now'.
Läsglädje för alla, varje dag